The 2018 PRS Club Series is Presented By: 
Select your state/region for match dates and standings

Register for the PRS Club Series & track your scores for free!

List your club and Join the PRS Club Series

The Precision Rifle Series Club Series is formed by precision rifle competitors and match directors to organize, structure and support the national precision rifle club level community. The objective is quite simple, create an organizational structure and a series where shooters and clubs can compete within their regions. The national level series is well established, for many shooters the time, travel and costs can discourage active participation in large two day style matches. The PRS Club Series addresses these concerns that exclude many shooters who want to routinely join us on the firing line.

How to get involved

Create a free account on the PRS website (if and only if you don't already have a PRS account - you will use the same account for the Club Series that you use for the Bolt Gun and Gas Gun series) and register a shooter profile. When you register your shooter profile, select which region you want to compete in. What is the PRS Club Series?

As the national leading body for the long range precision rifle discipline in the United States, the PRS is a member service organization that promotes the growth of the sport the by creating opportunities for shooters and match directors of all backgrounds to participate and advance in the sport through clubs, events and education.

The membership is comprised of shooters from juniors to sponsored professionals, as well as match directors and volunteers. Members can get involved through numerous affiliated clubs across the nation. The Precision Rifle Series Club Series is also responsible for selecting and affording the opportunity for shooters to compete in a regional club and national level PRS finale. The PRS Club Series strives to serve the sport through its core objectives: build the base, promote the sport, achieve competitive success.

Where do the shooters fit?

The PRS Club Series members come from every state in the nation and represent every age group, ethnicity, and background. PRS Club Series offers member benefits for several groups, including:

PRS Affiliated Clubs across the nation offer free membership to shooters of all ages. From the beginning competitor to the seasoned professional the PRS offers a systematic progression and competition opportunities in your area.

The PRS offers valuable training, educational guidelines, and tracks your shooters’ scores. The PRS has organizational and advertisement power to assist in the promotion of your matches.

In order for shooters to be able to compete with their peers, PRS Club Series competitors are divided into classifications based upon their skill level and performance. The PRS has an efficient and easy method of classifying our shooters. Only PRS affiliated clubs scores will count toward classifications.

The reason for the PRS Classification System is to have the ability to rank competitors and allow shooters to have true peer-to-peer recognition. This minimizes the need for equipment divisions and allows all competitors to compete within their performance/experience level and equipment capabilities.

The PRS Club Series classification is a dynamic system. Classifications may move up or down based on a competitor’s performance and will remain variable until the last affiliated regional match of the year. Once all scheduled club matches are complete, competitors will then be “qualified” in their final classifications for their Regional finale. Shooters may then compete in their qualified class during the season finale for final regional series results. Classifications will be reset after each season.

Competitors can achieve a classification of either Pro, Semi-Pro, Expert, Sharpshooter, Marksman or Amateur. Each class consists of a percentage of the total number of regional PRS Club affiliated shooters, based on the most current standings.

If you have any questions, please get in touch with: 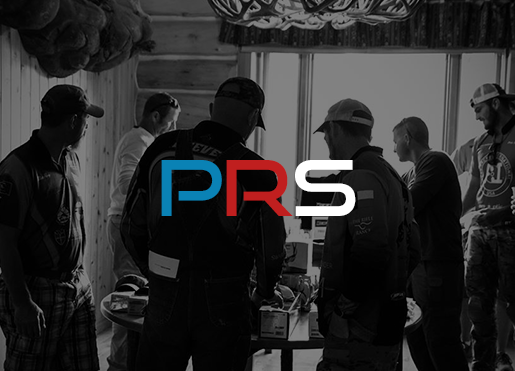