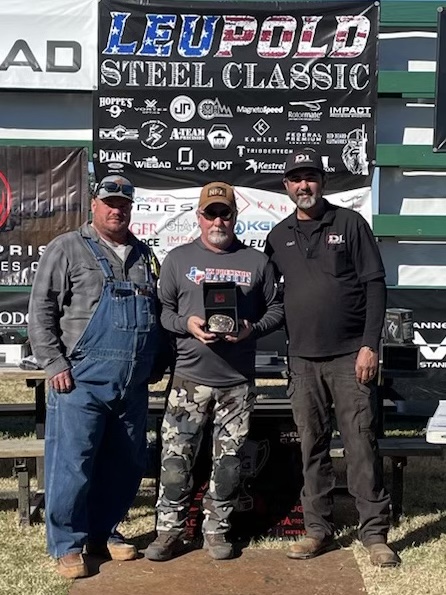 Todd is a western Oklahoma farm boy that grew up hunting and fishing. As a gear head, he started building his own rifles and became interested in long range shooting. Todd and his wife , Cindy, opened a gun store and range in 2018, Boss and Bling Firearm Solutions, where they worked to find a solution for any firearm related need of their customers. In late 2018, Todd found the thrill of long range competition. Today, he spends hours building rifles, perfecting his competition load, and moving targets from 25 yards to 1140 yards to keep practice interesting. Todd is always looking forward to the next competition.